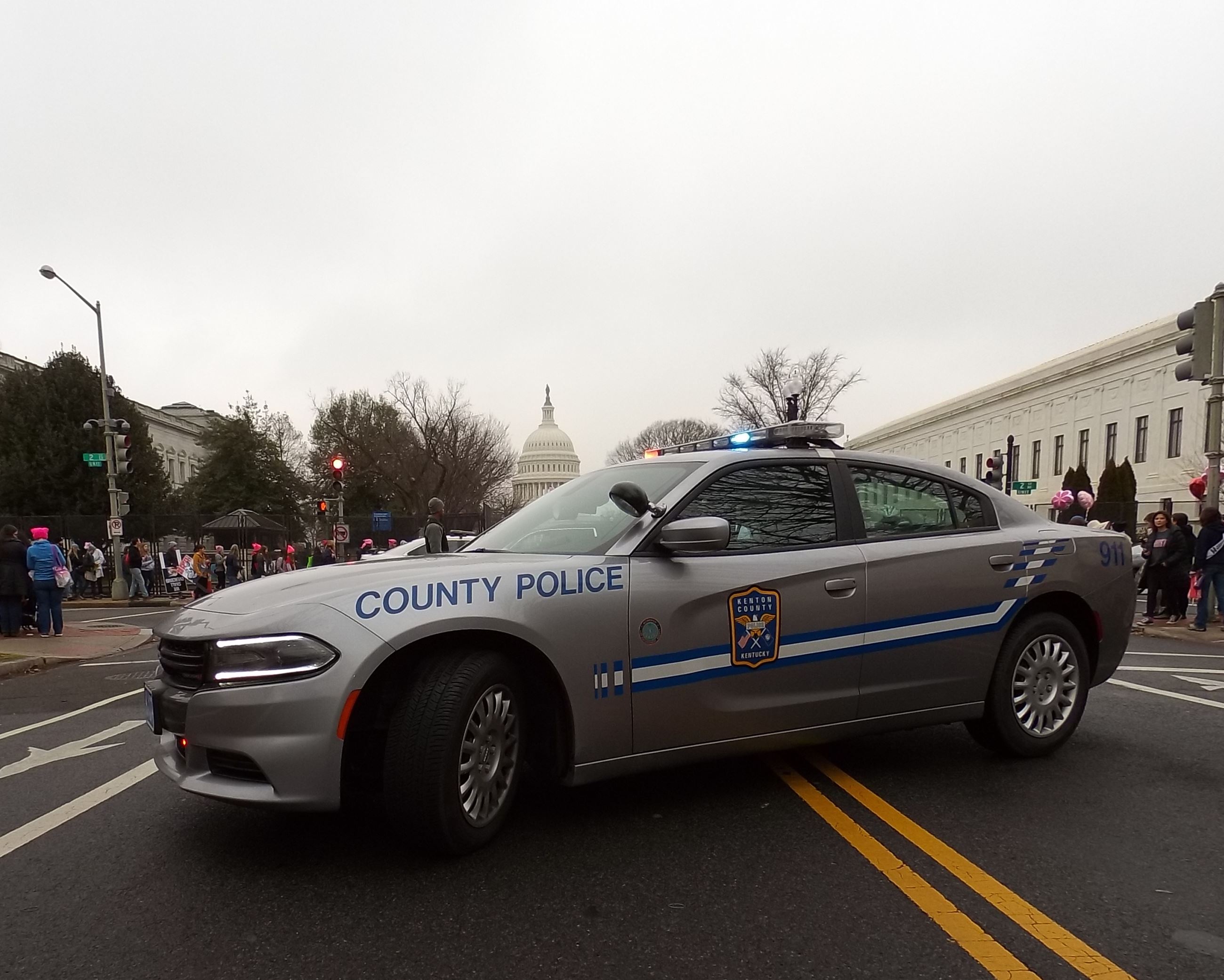 Patrol is the largest and most critical section of the Kenton County Police and is responsible for providing a variety of services to the public. The critical nature of patrol means it is staffed at all times regardless of holidays, weather, or unforeseen circumstances.  Patrol is also the most visible face of the police department and what people most commonly associate with police work.

Patrol is where most criminal investigations originate either through an officer locating a crime or through the public reporting a crime. Officers must be able to gather the necessary information to ensure a proper investigation can be conducted.  The nature of the crime determines how it will investigated but as a general rule patrol investigates all misdemeanor crimes while felonies are referred to the bureau of investigations. Patrol Officers also respond to vehicle collisions, medical calls, disputes, domestics, and every other imaginable situation which may arise. This means officers in patrol must be able to change from one task to another in short order and adapt to dynamic situations. As a result patrol officers are a combination of social worker, detective, narcotic officer, animal control officer, SWAT officer, medic, crisis responder, community resource officer, and more.

KCPD takes the use of firearms seriously and as a result have staff trained as firearm instructors and armorers. The firearms staff conducts multiple ranges each year requiring officers to qualify in both daytime and low light conditions. The staff also maintain and inspect weapons to ensure they function correctly.  As part of the firearms program KCPD conducts active shooter training and scenario based firearms training.  Part of the scenario based training is using weapons similar to our duty weapons but which fire paint rounds instead of live ammunition.  This helps officers experience first hand a level of stress and reality closer to real world situations.  Officers also have access to less lethal options including Tasers, OC Spray, and bean bag ammunition to deploy when appropriate.

KCPD has members trained in crowd control tactics to assist in maintaining order during potentially tumultuous times.  Members of the Crowd Control Team must be able to work as a group and remain calm during stressful times.  Members are equipped and trained to respect the dignity and right of protest while defending the community.  The team is intended to partner with other agencies to create the level of staffing necessary to address the situation.